Cooking for my Valentine

So we got more snow overnight - about 4 inches. SURPRISE! It wasn't so bad this time. We got a nice, fluffy, regular ole snow and it didn't stick on any roads. So we weren't officially stuck inside, but it seemed like a good idea to feign being stranded and I took the opportunity to cook and bake for my Valentine.

Seth and I decided we'd celebrate our own personal Valentine's Day tonight, and tomorrow night we're having dinner with my parents. We decided I'd try to make a potato & leek pizza which Ree says is her favorite of all time. We are pizza lovers to the core, but agree that the sauce can be a bit of a hog when enjoying a pizza. We like pizzas with little to no sauce depending on the toppings, so that's why I chose the potato & leek pizza. 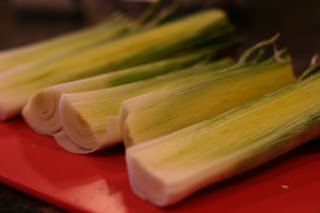 Before today, I'd never had a leek, so it was fun to try a new veggie in addition to a new recipe. I love that. As weird as it may sound, I love cutting into something new, cooking it, and seeing what it does. It's like magic. 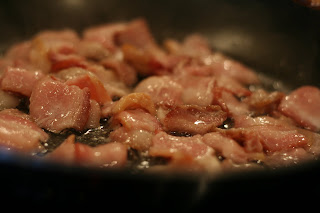 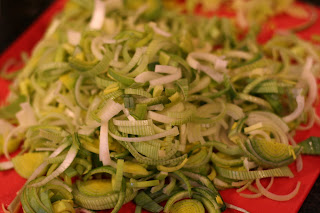 So after frying up some bacon, i sliced up some leeks and sauteed them in the remaining bacon fat. YUM. 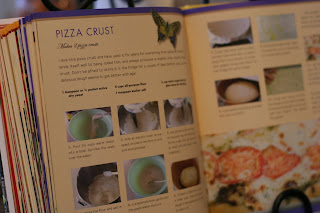 I tried my hand a making homemade dough and it worked beautifully as well. I followed PW's simple dough recipe and then left the dough on the mantel for 2 hours to rise with my Jim Shore angel watching over it. Hey, she said put it in a warm place, and with the gas logs having been on earlier, that was just about the only warm place in the house. 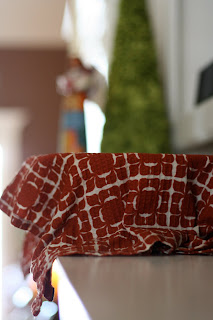 After all the prep was done, I started assembling. I hand-shaped the dough into a rough round, then topped with thinly sliced new potatoes, then slices of fresh mozzarella, then the leeks, then the bacon, then goat cheese crumbles, and lastly parmesan cheese and lots of fresh ground black pepper. Here's the pizza before it went into the oven. 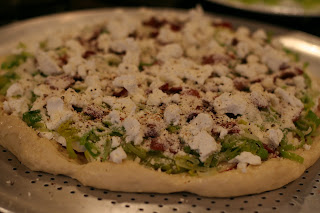 And here is is post-cooking. I should've cooked it a bit longer because the potatoes weren't quite cooked through and they were leaking lots of starchy water when I pulled the pizza out. The crust was great, but again, had it cooked longer it would've been even better. 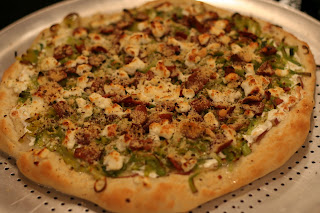 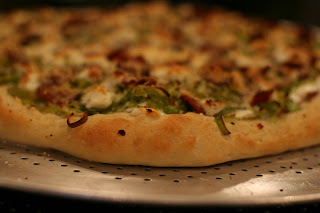 This pizza was delish. Leeks are amazing. I need to use them more often. They were like a mild green onion and absolutely delicious and sweet. They were fun to sautee, too. I guess it didn't hurt that I sauteed them in bacon fat, but you know...whatever works. Bacon makes the world go round, though.

My next task was a baking one. I put myself in charge of making the dessert for dinner with my parents and my mom wanted me to make Foster's Brownies because they are oh-so decadent and wonderful. You eat these once and you'll swear off boxed brownies forever. 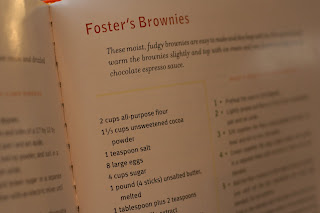 I halved the recipe this time because it makes an absolute ton of brownies and that's just not necessary to have lying around these parts. I've got enough brownies on my hips as it is. Let me just warn you that there's lots of this in them (4 whole sticks). 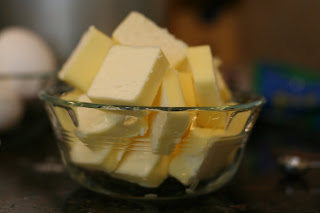 Sara Foster was Martha Stewart's chef and probably didn't get any of the credit. I met Sara Foster once, at the Border's in Apex right before Christmas a few years ago. No one was talking to her, but my mom and I did. She actually had these brownies on site for us to sample and she served them with frothy, warm milk over them. They were SO good. She was nice and signed my cookbook. 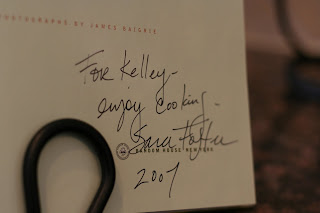 I actually executed these 2 recipes in the opposite order, but I felt it more sensible to present them in this entry in the order one might eat them in real life. So just deal, OK? Onto the brownies. They are quite simple to make actually, and the payoff is HUGE. Like many other baked goods, you just mix the wet and the dry separately, then combine them and voila! I'll let the pictures speak for themselves: 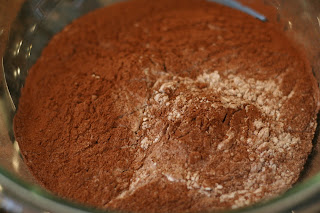 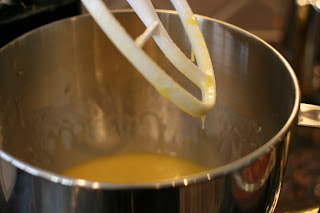 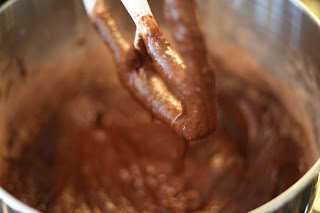 These brownies call for semi-sweet chocolate chips and walnuts to be added in. I put the chocolate chips in the whole mix, but since I'm not a huge fan of walnuts, I put those in when I spread the batter into the pan and only put them in half. Do what you prefer - they are awesome either way. Really hard to mess these bad boys up. 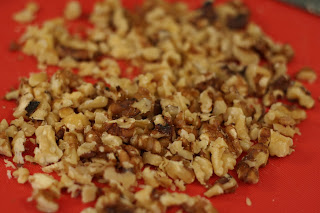 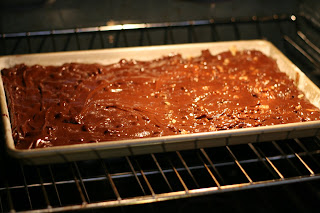 All in all, today was a fun day in the kitchen. Everything came out deliciously. Seth even helped by washing some dishes and Three just stayed underfoot the whole time as the cutest sous-chef there ever was. Happy eating people! 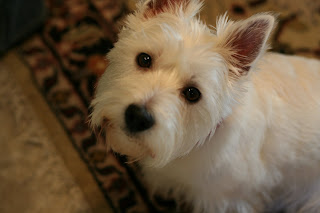 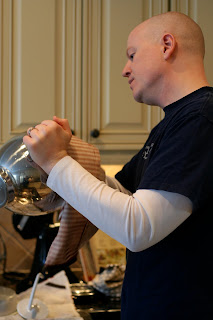