So a little off topic here, but I've been thinking about this all weekend and just feel I need to write about it.

As you all may know, I'm a huge fan of The Swell Season - the band that starred in the move, Once and who won an Academy Award for their song, "Falling Slowly" from the movie. 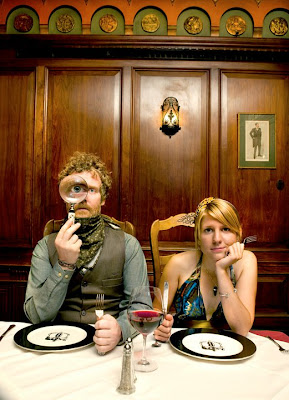 This duo is made up of Glen Hansard and Marketa Irglova and as sappy as it may sound, no other band has moved my soul more than these two. Every time I listen to their music I honestly feel blessed to have discovered them and have their music in my life. They are a beautiful pair and if you've not yet seen Once, I strongly encourage you see it today.

Seth and I have seen them live three times. Once in Richmond, VA, once in Boston, Mass, and once in Raleigh and the NC Art Museum which was especially meaningful since that was the location of our wedding reception. They are beautiful and emotional live and it's truly a sight and sound to behold. Hands-down, best shows I've ever seen live.

Having said that, I was shocked and disturbed by the news that someone took their life at a show last Thursday, August 19th. What I read was that the man climbed onto the roof over the stage and took a running jump off, landing 3 feet from frontman, Glen Hansard, dying instantly. Thankfully, no one in the band was hurt, save for their hearts most definitely being broken.

When I read the news I was overcome by some crazy desire to scoop up my favorite band members and hug them. I felt devastated for them but also for all in attendance of this show. To see someone take their life in that way, especially with children in the audience, will certainly scar all the on-lookers in some way.

The only thing I could think to do was send Glen and Mar messages on Twitter. I'm such a nerd, but they are their own tweeters so I gave it shot. Hoping that my little message among so many might reach them and have an impact. I told them that their ability to view the world as more beautiful that most could would bring them through this difficult time. I felt for them so much. As much as I was stunned by the news, I couldn't imagine what it must feel like for the band.

Please pray for them, for the family of the deceased, and for the folks in the audience who will never forget The Swell Season show they attended...but unfortunately, probably not for the same reason I can't forget them. 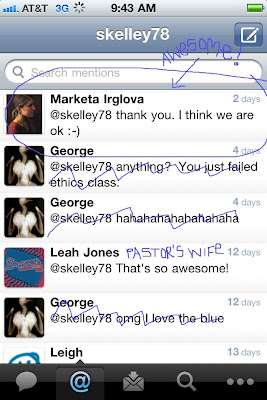 And I can't lie. I was excited. Even under the circumstances.
Posted by Kelley at 9:45 AM