So. Duvets. Again. I know, I'm completely addicted and obsessed. But a girl must be satisfied so here goes.

I put my lovely new West Elm Sketch duvet on our new bed a while back as a final solution to the mega Duvet Drama of 2011. I had all kinds of plans which involved keeping the red accent wall around the windows, painting the rest of the room the fabulous grey-blue that I've used in my kitchen, and using the old queen sketch duvet to fashion no-sew curtains. But all the motivation and excitement died and stagnated and the current state of our MBR has me feeling bleh.

One wall has 3 colors on it. Yes, THREE. One being the original color, 2 being the first new color, and the 3rd being a large sample spot of the grey-blue. However, the first new color is not painted all the way to the ceiling. We have 10 foot ceilings in our MBR and even on my tallest ladder, wearing clogs, and standing on a stack of books, I couldn't quite reach the top to paint the trim line (at least not neatly). So I just stopped and figured I'd get to it later when I had a better ladder solution. It hasn't happened yet.

I have 3 large and sloppy sample spots of the grey-blue. Two are over top of the unfinished first new paint job. One is in the corner over by the window so I could see it next to the red accent wall. All of the samples were placed based on different light and shadow areas in the room so I could get a good idea of how it would look in any light situation, day or night.

But again, because I know I can't reach the ceiling, I'm very unmotivated to start painting the room.

Until I got the duvet itch.

I decided it was sort of over the red accent wall. It's kind of dark and I think the lighting in our room isn't doing it any favors. (Thanks fan whose 4 lights only point straight down in one giant beam of light.) I have laid on my bed many a night looking around trying to figure out what it is I want to see when I'm in my bedroom. What is it I want to see when I come upstairs and round the corner of the staircase and see my bedroom in the distance.

I want cheer. I want happy. I want spunk and personality. And so I went on the hunt for yet another duvet. An unexpected, but tasteful duvet. A vibrant duvet with "Kelley" written all over it. And then I found this at Garnet Hill: 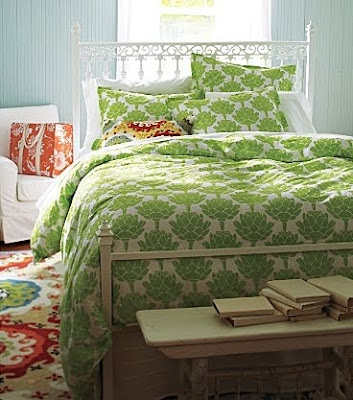 SHUT. UP. Yes, those are artichokes! And I'm dying over them! 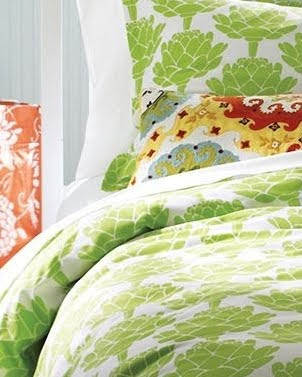 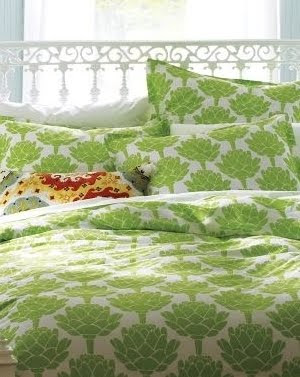 I couldn't deny their whimsical charm and punchy fresh color!

Here's the greatest part. When I first found this duvet on GH, the king was $118 and each standard sham was $30. Then, yesterday as I went back to look at it and admire it, it was ON SALE! It was the "sale of the day" and the duvet was marked down to $88 and each sham was $22 each! SCORE. I quickly snatched them up!

It didn't really dawn on me what "sale of the day" meant until I went back again this morning to get the screen captures of the bedding and saw that they were back up to their original prices of $118 and $30. How freaking lucky was I to visit the page the ONE day they were on sale. I totally patted myself on the back, yo.

So part 2. I was flipping through some pics of our last house on my Mobile Me page and I came across these photos I took for the listing when we were trying to sell the house: 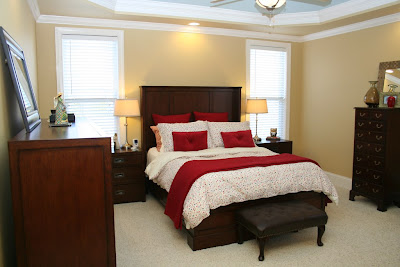 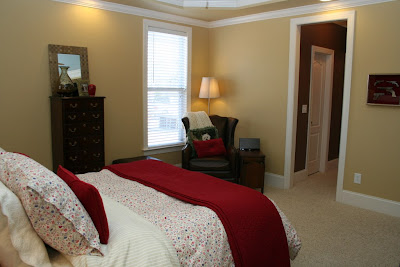 That's the color I want to paint our new room. It's bright, it's neutral, and it's actually a color rather than being plain ole beige. Beige works for me sometimes, but not this beige. It's a builder stock beige, it's flat paint and it feels like a chalkboard (nevermind all the dings and nicks and scratches it holds).

The color in the photos above came about when I decided to repaint our room from this... 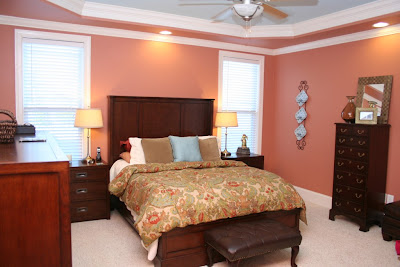 ...in the hopes that the lovely salmon color I selected would not scare off any potential buyers. By the time I got done repainting, I was in love. The room was bright and fresh and that's EXACTLY what I want for our current bedroom.

I think the yellow-ish walls paired with the artichoke duvet and some fun pillows like these beauties I found on Etsy (mostly from TheCottageCupboard). 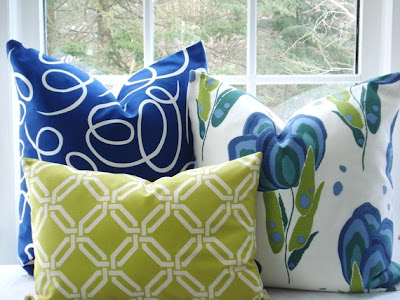 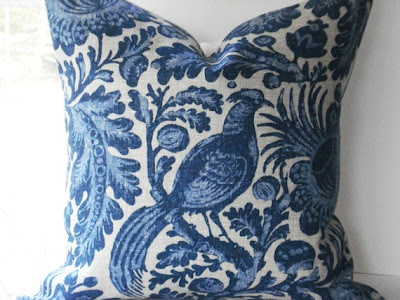 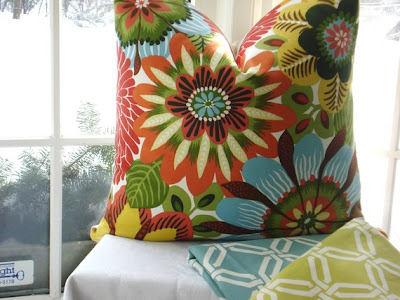 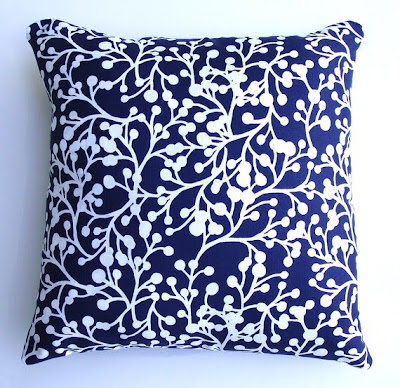 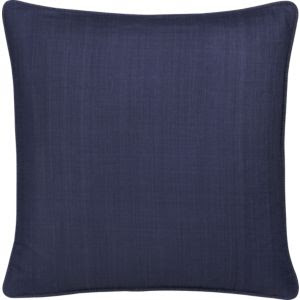 And some plain jane texture from Crate & Barrel.

So what do we think? Are we loving this? I am! I am loving the blues and bright blues right now! The Cottage Cupboard is my BFF as well. She makes curtains, too. Wonder if she'll make them to coordinate with all her other fabulous goods? Guess I have to buy something from her first.

But on the blue and greens note, today I bought some towels for my newly painted hall bath. I got them from Pottery Barn Kids because they were cheaper and came in fun colors. Right now the bathroom is all green with the yellow toile shower curtain. I purchased these with a surprise monogram detail on the bath towels that I will reveal when they arrive.

I got this color for the larger bath towels: 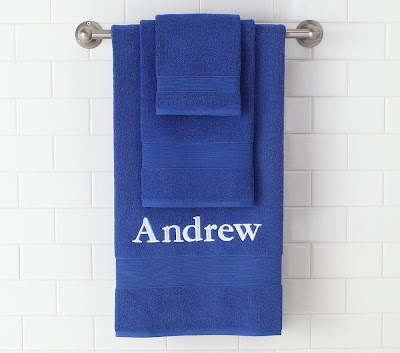 (and no, the monogram I selected will not look like it came straight out of an elementary school).

And I got this color for the hand towels
(which could not be monogrammed. Weird?) 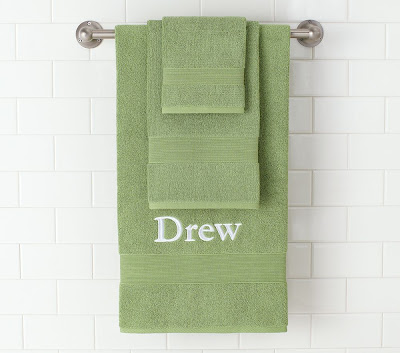 I hope you all are currently dying while reading this because I'm so excited about my fresh and colorful house! I am loving my plans. The blues, yellows, and greens have really captured my soul during the year we've been in this house. The bungalow just screams for some whimsy and our fabulous green tiles around the fireplace and in the kitchen really lend themselves to some fun decorating decisions.

As always, stay tuned for lots of "after" pictures!
Posted by Kelley at 2:57 PM