Since moving into our home more than 2 years ago, we've been living in a pretty constant state of "we just moved in" kind of chaos. Maybe that's laying it on a little thick there, but that's what it's felt like to me.

Some rooms of our house have been mostly under control, but not on a majority of days. Not good.

It's the rooms we don't use everyday that suffer the brunt of our clutter abuse. If you ask me, we have just the right amount of stuff and room to add. If you ask the hubs, 99% of our stuff should be thrown out, sold, or donated. I've whittled it down a number of times, but we still find stuff to scrap quite often.

So recently, I got motivated to get our upstairs guest bedroom completely put away, cleaned up, decorated, and ready for company (should we ever have any ahemgeorgeandleighahem). I WISH I had taken a before picture so you could really CARE FOR the difference, but I did not. So here's the after!

VOILA! Isn't she adorable!?! I'm so happy with how the room pulled together and the only thing we bought were the lamps (which you can't really see since I'm not a good photog) and the curtain rod and rings. 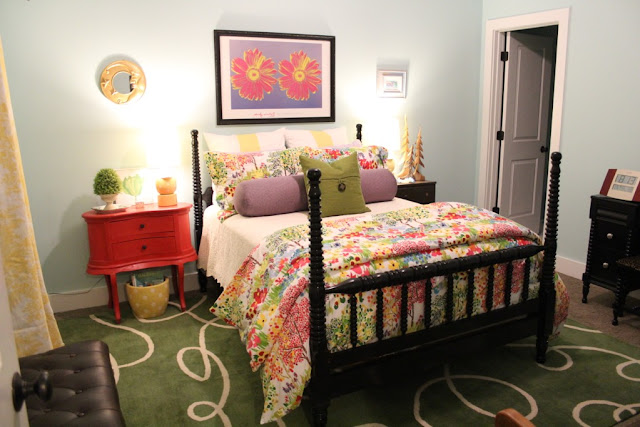 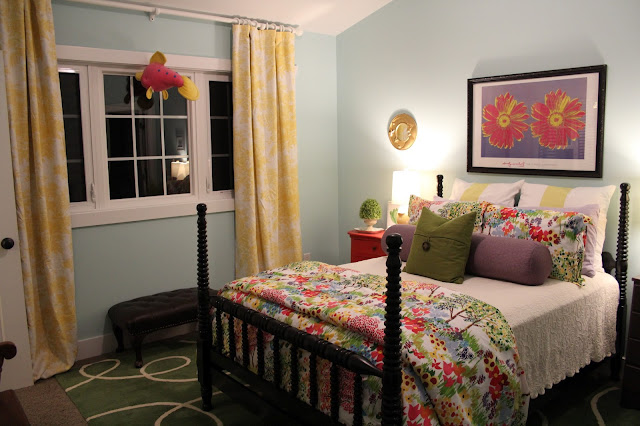 The curtain rod is slightly undersized for the window, but we didn't feel like getting too fancy on it just yet so we bought a wooden rod (Lowes) that would mostly span the window and we moved on. It's just our secondary guest room after all. We'll ﻿fix it later if the room ever gets used on a daily basis. 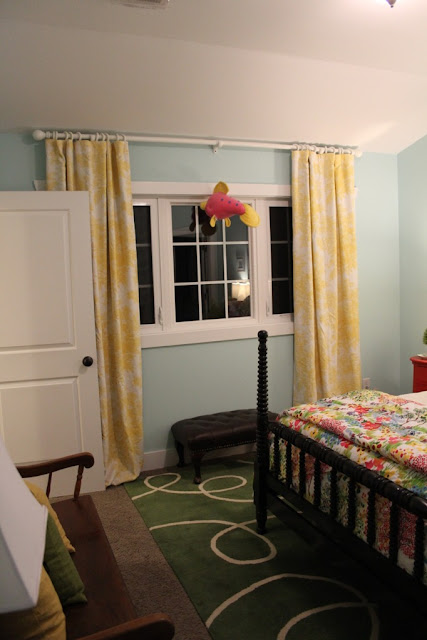 In this shot you can see the door to the bedroom and the hallway outside. I thought this a cute place for our guests, invisible as they may be, to put their bags, sit down and put on shoes or whatever. ﻿ 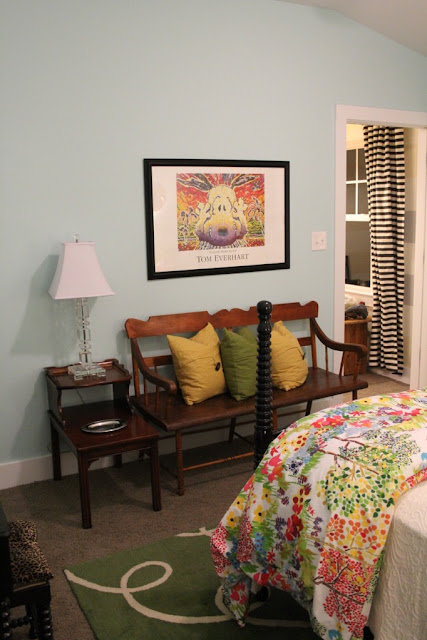 Again, excuse the horrible photography. It was late. I was tired. I'm not a pro. This nightstand, however, IS a pro at being awesome. I love this thing. I found it at a store in downtown Apex called Lilly's for just $99 which I thought was a good deal for a cute, solid wood piece.﻿ Originally, it was in our living room along with the green rug in these photos, but once our color scheme started changing down there, it got put in the guest room and then stuff got stacked on it. NOW it's in a real spot and has a real purpose. 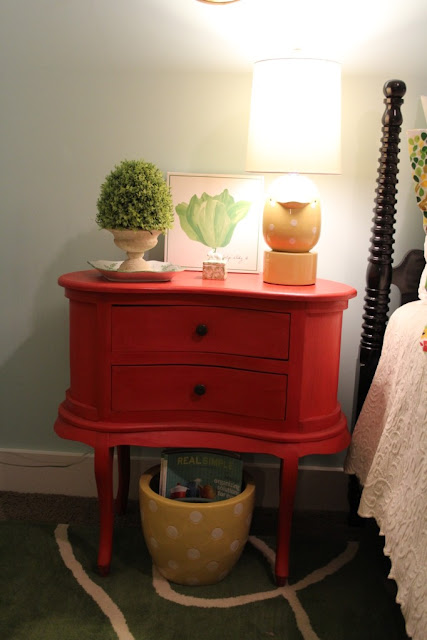 This is my attempt to show you the cute lamps I got at Home Goods for $25 each. I found them in the kids section - don't skip that section, there's cute stuff to be had! My plan was to turn them around so the duck face wasn't showing. Then if we had babies, i could turn it around and voila! a cute baby's room lamp. BUT, I am stupid and forgot to notice that the cord was coming out from the plain side, so duck side it is. I still think they are kind of cute. The duck isn't very obvious.﻿ 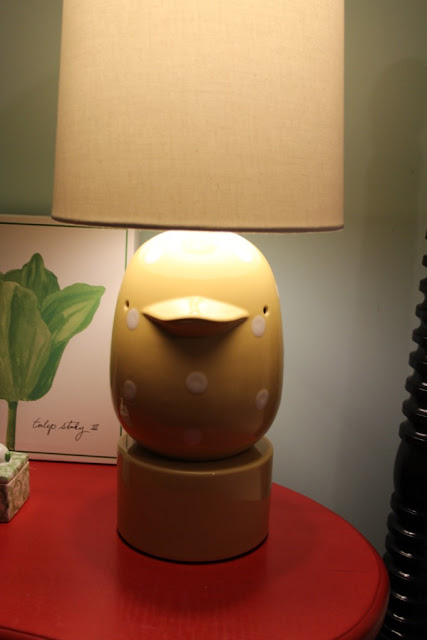 ﻿
The reason this room is awesome to me is because it came together just by collecting things we already had around the house. Things that used to live somewhere they were no longer wanted or needed. They all found common ground in our upstairs guest room. And many of them are pieces I inherited or bought in special places or on memorable trips. Here's the rundown with first photo again:

Hope you enjoyed my detailed tour of the room. So far, we've actually kept it looking like this through our bathroom renovation even though we use the room to dry clothes and pass through it to get to our working upstairs bathroom
Posted by Kelley at 3:20 PM